How to Shift from Blame to Learning 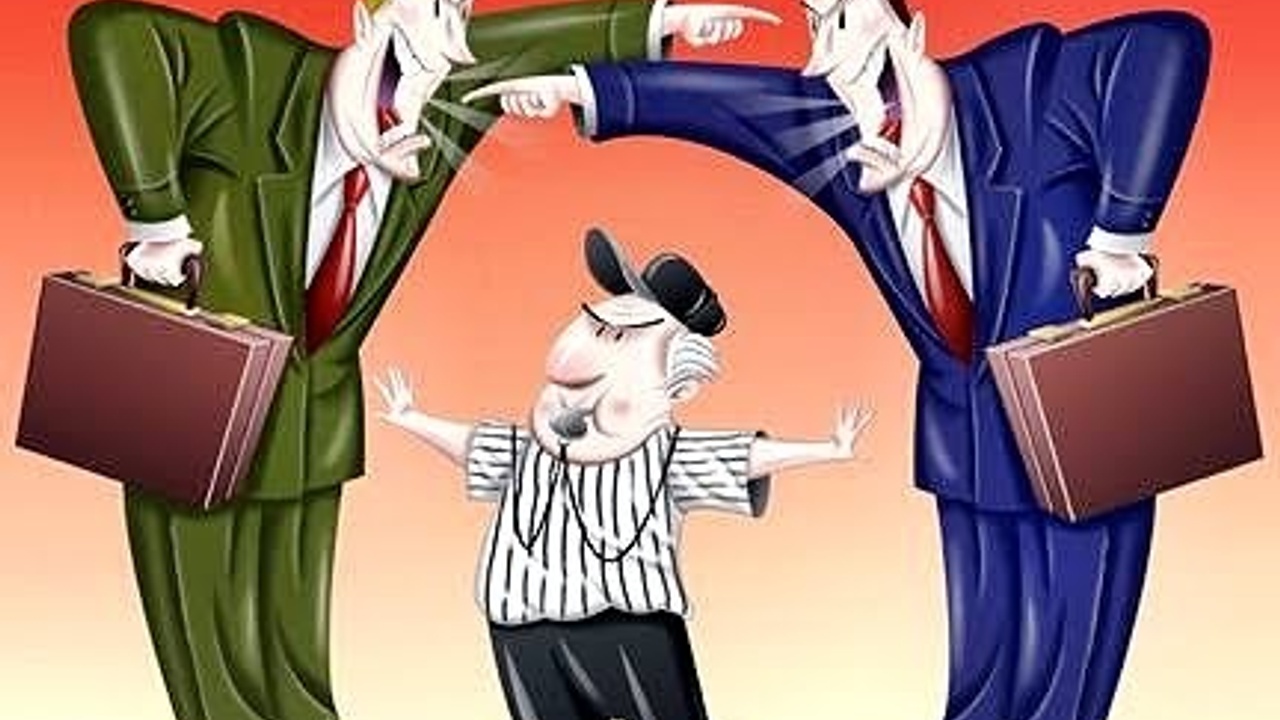 When things don’t go well in organizational life, it is ever so easy to react by blaming others.

For example, we may have a difficult conversation with a co-worker who seems, again, to dismiss our point of view. We wind up feeling “unheard,” frustrated, and possibly even insulted. We react (inwardly, if not outwardly) by blaming the other person. Or, we may blame managers at “lower” levels for acting in ways that are not in the best interest of the larger organization. Or, we may blame top management for lack of strategic clarity, for keeping us in the dark, or for the fact that we feel “ “jerked around” due to rapid shifts in direction. The possibilities are endless.

What is blame, and what does it do for us? What problems does it create? Are there any truly viable alternatives?  If so, how do we shift from blame to something more productive?

When we look at it, we see that blame usually arises in reaction to a distinctively uncomfortable feeling. Blame is directed at another person or group, whom we see as the cause of this bad feeling.

The emotional energy of blame, if expressed, takes the form of psychological punishment. There are various ways to express blame, from direct confrontation to passive-aggressive behavior like indirect barbs or malicious gossip. Or, perhaps out of fear or because we don’t want to cause further harm, we might withdraw and keep our feelings to ourselves. But withdrawal can also be a passive way to punish others, especially in close relationships.

Regardless of how blame manifests in our behavior, it also takes root in our mind. Along with the feeling that the other person is to blame for what happened and how we feel, we also label them with certain attitudes and characteristics. In the previous examples, we might conclude that our colleague is close-minded, that “lower level” managers are self-centered, or that upper management is clueless about their impact on the organization. When we allow these labels to solidify, our emotional reaction of blame can solidify as well.

What blame does for us

What does the reaction of blaming others do for us? What problems does it create? When we’re caught up in this reaction, we typically feel it is justified by the circumstances. We feel that blaming the other is necessary, because it correctly assigns responsibility for what went wrong, and it mobilizes us to take action to protect ourselves or confront the person or group that caused the problem.

Blaming others can also be a way to avoid blaming ourselves. For example, after a difficult, uncomfortable conversation with a co-worker, we may have a tendency to blame ourselves for what went wrong. Because blame is a punishing energy, self-blame can compound the initial bad feeling to a point that feels intolerable. Blaming others provides an escape valve for this bad feeling, directing the punishing energy of blame away from ourselves and toward others.

The drawbacks of blame

“How to shift from blame to learning,” the title of this article, implies that, whatever blame may do for us, it has significant drawbacks. But isn’t blame a “natural” thing that we all feel, at least from time to time?  When others cause problems, shouldn’t they feel bad about that? Shouldn’t they be blamed? And, really, shouldn’t the same apply to ourselves when we do something wrong?

To answer these questions, we need to look further into blame, its consequences, and its alternatives. The drawbacks of blame are practical in nature. Blame makes us less effective and inhibits the possibility of real learning and change, both in others and in ourselves.

Wrapped into the blame reaction is a set of unexamined assumptions that make us less effective in getting the results we want. One assumption is that, if we can get the other person to see that they are at fault and make them feel guilty (blame themselves for what they did), they will change and stop doing what made us feel bad.

But how often is this the result we get when we blame others? If what we want is for the other person to change, we need to face the fact that blaming others rarely works to accomplish this end. If it does produce a change, it’s likely to be unsustainable, because it will be based on fear (of being further blamed) rather than genuine commitment. Blame and fear actually inhibit real learning and development.

Another assumption we often make when we lay the blame on others is that we bear little or no responsibility for what happened and how we wound up feeling. Yet there is always an “outside chance” that we ourselves have contributed – through our assumptions, emotional reactions, and behavior – to the bad situation we experienced. Putting all the blame on others implies that, unlike other people, we don’t really need to change, or that we can only change if others change first. This blocks learning and development in another way.

Blaming yourself for something that didn’t turn out the way you wanted is equally unproductive. Self-blame, especially when done repeatedly, creates a residual feeling of failure, defensiveness, and depression. These feelings get in the way of genuinely taking responsibility for our part in what went wrong and for finding new ways to deal with similar situations in the future.

What can we do instead?

If blame has these drawbacks, is there a constructive alternative that actually facilitates real learning and change? I call this alternative “shifting from blame to learning.” This orientation acknowledges that other people contribute to interpersonal and organizational problems. In fact, it assumes there will always be people who will spark negative feelings and make it difficult to achieve the results you want. Yet it is also based on the realization that the only behaviors, emotional reactions and assumptions over which you have any direct control are your own.

As you might guess, shifting from blame to learning is easier said than done. So how to do we do it? An important starting point is to reframe the meaning of “self-responsibility” and “self-acceptance.” In my research on the relationship between “stages of ego development” and “levels of leadership agility” (see Leadership Agility), I found important differences in how leaders understand and apply these concepts in their own lives. A key shift takes place in developing from the Achiever stage to the Catalyst stage. (Only about 10% of today’s managers have developed to the Catalyst stage or beyond).

When Achiever-stage leaders feel they have done something wrong (that is, inconsistent with their self-chosen values), they blame themselves and feel guilty. Guilt, they feel, gives them the motivation to get back on track. What are not seen at this stage are the counter-productive effects of self-blame and guilt – how these feelings can produce internal defensiveness and block awareness of behaviors, emotions, and assumptions we would prefer not to “own” as part of ourselves. And how we blame others so we can avoid feeling guilty ourselves.

As leaders develop into the Catalyst stage, they begin to see how self-blame and guilt can block self-awareness, learning and change. These leaders get curious about their own areas of defensiveness and about formerly unnoticed assumptions, feelings, and behaviors.

Catalyst leaders begin to replace self-blame with “self-responsibility” grounded in “self-acceptance.”  This more intentional commitment to self-acceptance does not mean that they make excuses for their mistakes or think only positive thoughts about what they’ve done. It means that, within themselves, they are committed to acknowledging reactions, assumptions, and behaviors that are limiting or counter-productive. By seeing these seemingly “out of character” parts of themselves with curiosity rather than self-blame, they are able to more fully take responsibility for them in a way that’s more complete and that leads more reliably to sustainable change.

Through the exercise of this kind of self-acceptance, taking responsibility for our own contributions to problematic situations can be decoupled from blame. We discover that the desire to change and develop is already there, inside us, and that we don’t need blame and guilt as motivations to change. We find, in fact, that by exercising the kind of self-acceptance and self-responsibility embodied by Catalyst leaders, we feel better about ourselves and can therefore respond in less defensive and more productive ways when others point the finger of blame our way.

All this might sound good in concept, but how do we actually make this shift from blame to learning in real life? Adopting a learning orientation means being alert for times when a blame reaction takes over our consciousness. It also means stepping back from that reaction to examine what happened and consider our options from a perspective of curiosity about ourselves and our interactions with others. It means developing, through repeated practice, a capacity for self-reflection that leaves our positive self-esteem intact. It means increasingly taking responsibility for what we do to create the world we live in.

Properly applied, a learning orientation does not take energy away from addressing issues that need to be addressed with others. In fact, it better prepares and empowers us to address these issues. It begins, however, by realizing that the most powerful leverage point for change in your life is yourself – the way you perceive events and the way you interact with others. It means asking yourself, "Given what’s truly under my control, what can I do differently to bring about the results I desire?”

Shifting from blame to learning is a developmental journey that is often “two steps forward, one step backward.” It takes time, practice, and patience. We can be inspired along the way by reading about those relatively rare leaders at the Catalyst level of leadership agility and beyond, who are the real pioneers on this journey.

A version of this article is incorporated into ChangeWise workshops on “Pivotal Conversations” – advanced interpersonal mindsets and skill-sets for important conversations where parties need to resolve differing views and priorities. 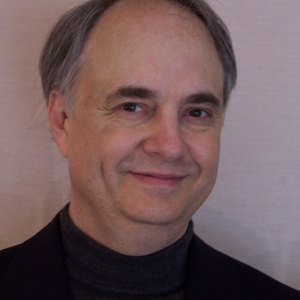 Bill Joiner is lead author of the award-winning book, Leadership Agility. He is CEO and a Principal Consultant at ChangeWise, a firm with international reach that specializes in leadership consulting, coaching, and training; team development; and organizational change consulting. ChangeWise also teaches coaches how to utilize its research-based methodologies.

Keep me in the loop
Close 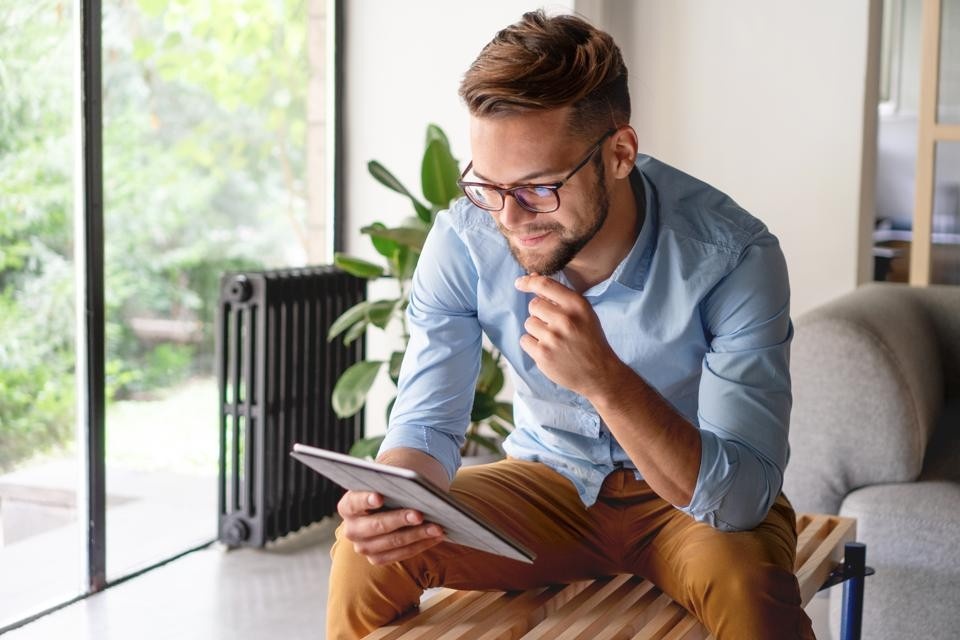 Your email address will be kept in a totally private, secure environment. It will never be rented, traded, or sold. You may always unsubscribe at any time.